As we do every year, last December we published a list of 10 predictions about the world of artificial intelligence in 2022.

To keep ourselves honest, with 2022 now coming to a close, let’s revisit these predictions to see how things actually played out. There is much to learn from these retrospectives about the state and trajectory of AI today.

(Keep an eye out for our 2023 AI predictions, coming out next week!)

Prediction 1: Language AI will take center stage, with more startups getting funded in NLP than in any other category of AI.

Boy, did this come true.

The breathtaking progress in language AI has been the defining theme in the world of artificial intelligence in 2022.

Large language models (now commonly referred to as LLMs) have taken the technology world by storm this year. Today’s generative AI frenzy is the direct result of advances in language models: LLMs make possible both text-generating systems like GPT-3 and text-to-image systems like DALL-E. OpenAI’s ChatGPT, which has gone viral in recent weeks, is the latest example.

Prediction 2: Databricks, DataRobot and Scale AI will all go public.

When we made this prediction 12 months ago, the public markets were on an unprecedented hot streak. 2021 shattered all previous annual records for IPOs, with over 1,000 companies going public.

How much can change in a year! Amid the broader market pullback, IPO activity is down 93% in 2022.

Given the dire state of the public markets today, especially in the technology sector, it makes sense that none of these three companies ended up going public in 2022.

DataRobot in particular has floundered this year, grappling with slowing growth, CEO turnover and mass layoffs. Databricks, on the other hand, has continued on its meteoric trajectory; the company surpassed $1 billion in annualized revenue a few months ago. Expect Databricks to debut on public markets once the IPO window reopens (perhaps in 2023).

Of these ten, only one ended up raising funding at a unicorn valuation this year: Watershed. Watershed’s Series B in February, led by insiders Sequoia and Kleiner Perkins, valued the company at $1 billion. KoBold Metals raised a significant up round in 2022, but at a valuation (~$600 million) shy of unicorn status. Patch likewise raised a big round this year, but at an unannounced valuation.

This prediction, like the previous one, reflected the market exuberance of 2021—and ran up against the dramatic market pullback in 2022.

Prediction 4: Powerful new AI tools will be built for video.

2022 has been a banner year for video AI, reflecting the fact that artificial intelligence is becoming increasingly multimodal.

AI-powered tools for video search, video editing, video analysis and video creation have all flourished over the past year. Runway, Twelve Labs, Descript, Spot AI, Hour One and Movio are among the promising video AI startups that have raised funding and debuted exciting new products this year.

Video is at the center of today’s generative AI craze. While text-to-image models like DALL-E and Stable Diffusion have captured plenty of attention, text-to-video models are widely seen as the next frontier, representing both a more complex technical challenge and a larger commercial opportunity. Google and Meta have both introduced new text-to-video capabilities in recent months.

Prediction 5: An NLP model with over 10 trillion parameters will be built.

In recent years, AI models have been getting larger and larger. In 2021, for the first time, an AI model with over 1 trillion parameters was built (not once but twice: Google’s Switch Transformer and the Beijing Academy of Artificial Intelligence’s Wu Dao 2). Conventional wisdom held that, as organizations raced to build ever more advanced AI systems, models would continue growing exponentially bigger.

This view has turned out to be oversimplified.

In one of 2022’s most important research papers, a group of DeepMind researchers determined that today’s large language models are actually bigger than they should be: to be optimally trained (given a certain compute budget), today’s models should have fewer parameters but train on larger datasets. In other words, training data trumps model size.

AI researchers’ approach to building large language models has thus shifted away from prioritizing raw scale and parameter count. When OpenAI announces GPT-4 in a couple months, don’t be surprised if it is not much bigger than its predecessor GPT-3 (but expect its training data corpus to be orders of magnitude larger).

Prediction 6: Collaboration and investment will all but cease between American and Chinese actors in the field of AI.

Relations between the U.S. and China have deteriorated dramatically in 2022, with artificial intelligence playing a key role. Both sides believe that AI will be critical to military strength and the global balance of power in the twenty-first century; both sides are acting increasingly aggressively to limit the other’s progress in the field.

In September, President Biden issued the first-ever executive order in the history of the Committee on Foreign Investment in the United States (CFIUS), severely restricting the ability of China-affiliated groups to invest in or access AI technologies from the United States.

In an even more forceful move, on the heels of the newly passed CHIPS and Science Act, the Biden administration announced a sweeping set of measures aimed at completely choking off China’s access to advanced semiconductors—the hardware required to power today’s AI.

The AI ecosystems in the United States and in China have effectively decoupled and are now operating as independent spheres.

The (troubling) question is: how much worse will things get in 2023?

Scale AI announced in early 2022 that it would get into the synthetic data game. Amazon Web Services followed suit a few months later, adding synthetic data capabilities to its Sagemaker platform. Just a few weeks ago, Unity Technologies rolled out a major new suite of open-source synthetic data tools.

Expect synthetic data to become an increasingly important part of the modern AI stack in 2023. While most of today’s synthetic data offerings (including the three mentioned above) focus on image data, going forward we expect to see greater activity around synthetic text and NLP data—a massive and still untapped market opportunity.

Prediction 8: Toronto will establish itself as the most important AI hub in the world outside of Silicon Valley and China.

While we generally try to make our predictions concrete and falsifiable, this one is less straightforward to measure. Nonetheless, plenty of developments this year point to the continued emergence of Toronto as a top-tier global AI hub.

According to a recent CBRE report, Toronto is the fastest growing major market for technology talent in all North America—and it’s not even close.

The Toronto-based Vector Institute, an AI-focused research organization, celebrated its fifth anniversary this year. Vector has grown into one of the largest AI graduate programs in the world, with over 2,000 graduates.

From Cohere to Waabi, Toronto-based AI startups across sectors have captured headlines and pushed forward the frontiers of AI research and commercialization this year.

Last month, University of Toronto professor Geoff Hinton was granted the NeurIPS “Test of Time” Award for his groundbreaking 2012 research that effectively ushered in the era of deep learning. It was a timely reminder that modern AI started in Toronto and spread from there, with Hinton’s former students going on to lead AI efforts at organizations including Google, OpenAI, Meta, DeepMind, Nvidia, Uber and Apple.

Prediction 9: “Responsible AI” will begin to shift from a vague catch-all term to an operationalized set of enterprise practices.

As 2022 comes to a close, it is fair to say that the leading AI organizations are now putting serious effort into ensuring that their technology is deployed safely and responsibly.

OpenAI invests heavily to try to prevent its models from causing harm; its alignment work with InstructGPT and its extensive use of reinforcement learning from human feedback (RLHF) to reduce model toxicity are examples of this. Other foundation model providers like Cohere and AI21 Labs are making similar efforts; Anthropic’s entire raison d’être is to ensure that AI gets built safely and reliably.

If anything, the exception proves the rule here. When text-to-image startup Stability AI fully open-sourced the Stable Diffusion model earlier this year with no filters, enabling internet users to easily produce pornographic, violent or otherwise harmful images, it encountered swift backlash. In response, the newest version of Stable Diffusion, released a few weeks ago, has been modified to prevent users from producing NSFW images or violating copyright laws.

The small handful of companies at the cutting edge of artificial intelligence are sophisticated enough to understand AI’s many failure modes and to take steps to mitigate them. But this is not yet true for most of the rest of the world’s organizations and individuals—who, after all, represent the vast majority of AI’s actual users.

The typical enterprise that wants to work with AI today is still unequipped to deal with, say, racial bias in machine learning models, or model explainability, or adversarial AI. Responsible AI practices will take many years to develop and spread.

Reinforcement learning has been deployed in a wide range of interesting and important settings in 2022.

It underpinned Meta’s landmark CICERO work, in which an AI system surpassed humans in the strategy game Diplomacy for the first time. Nvidia used reinforcement learning to design its new cutting-edge H100 chips; OpenAI used it to make its language models more truthful and less toxic.

Yet reinforcement learning still faces basic limitations that to date have prevented it from becoming a more widespread AI paradigm. In a nutshell, it can be prohibitively time-consuming, resource-intensive and unwieldy to implement because it entails vast amounts of trial and error.

These challenges will need to be addressed if reinforcement learning is to reach its full potential.

Note: The author is a Partner at Radical Ventures, which is an investor in ClimateAi, Cohere, Twelve Labs and Waabi. 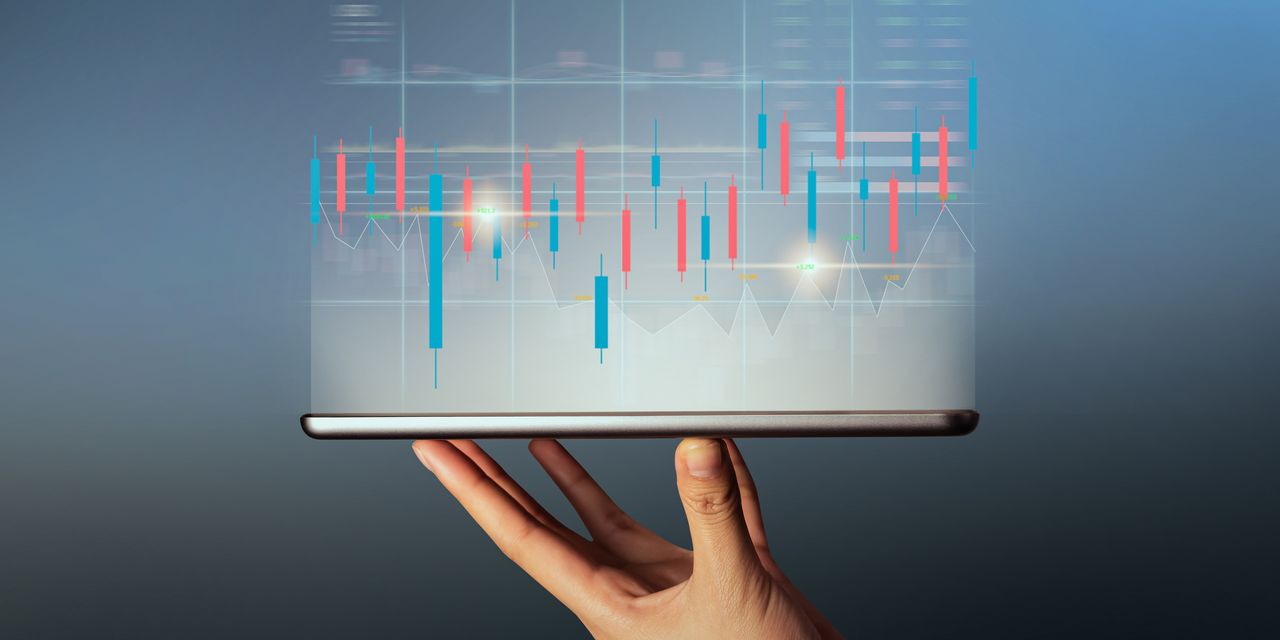 AI has arrived in wealth management.

For example, Wealthcare, an RIA with $4.8 billion in assets under management, has recently rolled out new artificial intelligence features for its goals-based planning platform. The system’s predictive technology can now send alerts based on when a client’s financial plan falls out of their comfort zone, or when the client faces upcoming life events.

Plainsight's CEO shares how they harnessed the power of A.I.