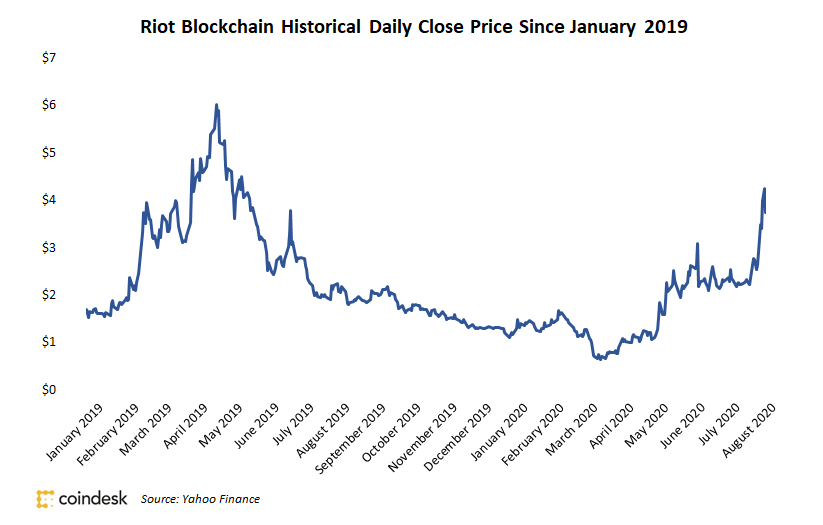 Riot Blockchain, one of the few publicly traded bitcoin mining companies in the U.S., closed trading Friday with its second largest weekly gain since April 2019 ahead of the firm’s Q2 earnings release next week. The gain marks a continuation of the stock’s rally that started mid March after the market’s crash.

Plainsight's CEO shares how they harnessed the power of A.I.